The Horseman Found Her Head

I get SO much when I watch documentary films, when I desire to learn. This morning's film was Murder By Proxy: How America Went Postal.


JWho do you know, that you do not know? Who are the walking dead among you? Who are the people you see, but have never spoken, not even a word, to? Who are the people you have never acknowledged the presence of with even a gesture? These are the walking dead; we must bring them into the light and life that we call society. We must let them know that they are seen. YOU CAN make a difference in the life of another by spending a single second to smile, to lift your head, to lift your hand, to lift your voice, to acknowledge only the sight of anothers’ existence on this planet; you have an infinite supply of this kind of energy, your heart does not have to be in it, however it will surely be infected. You have ENOUGH to give; you will not, CAN NOT, run out of it.

Our society is one that presently runs on a scarcity mentality. The wealthiest of our society don’t want to “go over the fiscal cliff” because it means they will have less, as if there isn’t enough. The employed in society now must have the skills of many to keep their job, because there aren’t enough jobs to go around. The employers in our society must hire fewer employees, and demand more from them, because there isn’t enough money to accomplish all they want to do and stay in business. Students must work at home and forsake their childhood because they must be competitive in order to get an education in order to be successful in the work place of the future. Teachers must forsake  teaching the pleasures of discovery because they are being measured by the quantity of knowledge their students gain, rather than the quality of their teaching. And this competitiveness goes down to the youngest of ages; measurement of the human condition begins at birth with an apgar score.

Darwin’s survival of the fittest is a knowledge that fails our society because we fail to appropriately define what is fit; we are afraid that if everyone is “fit” we will run out of anything, and everything. Yet, many in our society question the natural selection determined by the actions of people we “didn’t see coming.” The so-called mass murderers of our society are people who have been unseen, under-served, over worked, and have a self-perception that they are “nothing”. I truly feel the key to solving the problem of mass shootings lies in that perception.

When one feels they have nothing left to lose, they are expressing the perception of the ultimate scarcity; they have run out, emptied, their reasons for living. They have been pushed out, stolen from, ignored, and neglected by a society that has taken their most important resource…significance. So they go out in a way that forces society to recognize them. They have immeasurable faith that this recognition will happen; they don’t need to be on this Earth to verify that recognition. Society would like to believe that mass murderers kill themselves out of shame for their actions; perhaps the truth is that these murderers want to shame society for forcing them into a position to take their own place in a significant way. Many would describe this attitude as “entitled.”

“Entitlement” is a word brought to the forefront of the 2012 presidential elections. Mitt Romney is described to have said “47%” that feel “entitled” to handouts as the bane of society and the reason for our economic problems; this implies that we don’t have enough to respond to those who are “entitled”. After the election, the word “entitlement” was applied, by the very same people who created it as a negative thing, as a positive word in order to protect the material wealth of those who would be effected by the “fiscal cliff.”

I want to get back to the point and what we can do about it. The point is that we ignore people because we perceive that we don’t have enough time, money, energy, opportunity, or whatever, to do otherwise; we have a mindset of scarcity. Perhaps, what we don’t understand is that what we need to give is actually a very minuscule amount. Think about what it is or has been in your own life that made you feel significant at any given moment; think about what your life would be like if you had NEVER received any recognition from another person.

I suppose one might say, “I’ve given myself the recognition I need in order to move forward to gain what I want.” I’d like to offer the story of the Christmas Carol; what would have happened if Mr. Scrooge had continued to believe that he never needed anyone and that no one should need him? We are a society; society is nothing without connection between its parts. If we continue to be selfish with our recognition of others, we will no longer be a society. What happens when everyone feels entitled to be so self-ish? The answer is right there in front of you today, in the news.

Perhaps the “Zombie Apocalypse” is already upon us; Zombies want one thing, for themselves, with absolutely no concern for any other…they want to eat. Zombie’s have the ultimate scarcity mentality. And as the individual Zombies bite and spread the disease, we can counter that by individually changing our mentality to one of abundance. Redefine what is important and essential for life. Redefine life. Redefine love. Redefine happiness. If these things are only conceptual, then we have an infinite amount of resources to redefine these concepts over, and over throughout time. 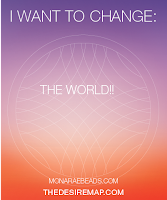 My New Year’s resolution for 2013: I declare that I will advocate for the walking dead in our schools, in our work places, in our community, in all areas of society. I declare that I will build an army of advocates. I want to feel infectious. I want to feel abundant. I want to feel acknowledged and acknowledging. I know this is HUGE HUGE HUGE; this desire is on a GLOBAL scale. I also have an inner dialogue that says my desires are global because I’m afraid to feel, and feeling from one to another is unbearably painful. But I have enough, I am enough, both globally and individually. I am complete, and expanding, like the universe.

I am crying at this moment. I am feeling such a power in my heart and chest and mind. The words echoing, without cease, “That’s exactly what I want to do, that’s exactly what I want to do”. And though it is a “to do” it is driven by the feeling I get when I think about doing it. The feeling is almost indescribable, but it has a physical effect. My heart is tight, and tears just come without thinking. I put my face in my hands as if in grateful prayer; finally, there is a desire without doubt, unmotivated by a feeling of lack or scarcity or comparison.

This was not motivated by trying to “do” the Desire Map; the Desire Map has “sparked” a current that was present and flowing. The Desire Map is like a storm that floods the stream in my soul that has been faithfully flowing since the existence of time in this Universe. This is Joy, on such a ridiculous and literally insane level, almost embarrassing, threatening to release the horsemen of self-consciousness and self-deprecation that would corral the creatures of my heart into the pen of normalcy, acceptability, and predictability. At this very moment, I realize that one of those creatures has been rescued by the Desire Map, rearing to the rescue; that creature is safety, and it is freed like the Black Stallion, and it will return to the corral again and again until all my creatures are free.
Posted by MonaRae at 11:50 AM